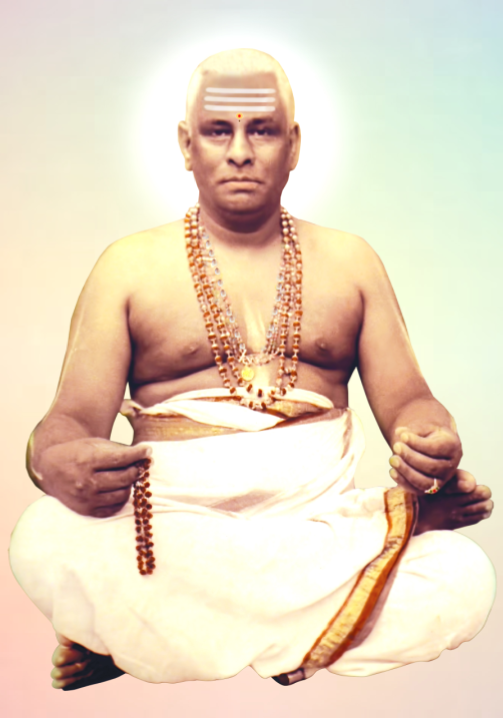 IT IS MENTIONED IN TIRUVILAYAADAL PURAANAM, THAT LORD SHIVA TOOK THE FORM OF A PIG ( VARAHA ), THE 45th INCARNATION OF THE 64, TO PROTECT ORPHANED PIGLETS IN A VILLAGE SITUATED IN THE KODAIKANAL RANGE OF TAMIL NADU. Since then this holy region has been named, Pandrimalai – ( Varaahagiri in Sanskrit ).
“Love is God, that is the truth.”, so says Bhagwan Sri la Sri Pandrimalai Swamigal, who was born in Pandrimalai village. By the age of 17, Bhagwan Sri la Sri Pandrimalai Swamigal was already an “Athmagyani” and a “Siddhapurusha” (a self realized & a God realized soul). He was also a “Tathwagnaani” (one who has knowledge of the fundamental principles of God and Nature) and a “Namashivaya Siddha”.( one who has knowlegde and mastery of the mystical or esoteric meaning of this mantra )
Bhagwan Sri la Sri Pandrimalai Swamigal was an embodiment of love and his life was one of ceaseless service to humanity. Not equating himself with God, in his own words, he used to always declare that, “I am a devotee of Lord Muruga and shall always remain as HIS humble servant… My spiritual sadhana is for the Divine Grace to flow for the
good of humanity and all of God’s creation.”
He conceptualised the treatise on “Tatwa Daivam” – proving that, what is in the macrocosm –The universe, is also found in the microcosm – The human body.
Swamiji’s detailed teachings have been published as the “Tatwa Daivam”, “The Master Mystic” and in “The Holy Panchakshara” ( Vols 1-6).

Souvenirs from the Ashram

Books on the Teachings of Pandrimalai Swamigal